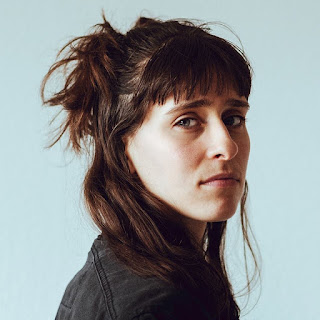 Black Sea Dahu is a band from Zurich, that captures our souls easily with the amazing vocal of Janine Cathrein. If you didn't listen to them before, here is a great opportunity for you!

Black Sea Dahu released their first album "White Creatures" in 2018 and with more than 120 concerts, they reacched a remarkable audience. They played live performances at festivals such as Reeperbahn, The Great Escape and m4music. Band's last EP "No Fire in the Sand" is released in the end of September and consists of 5 beautiful songs.

We talked with Janine about the band's story and their future plans.


Hello Janine, thanks for accepting answering our questions. First of all, can you please tell us how you started this journey and how the band came together?

I started to play the violin when I was 6. I also took piano lessons for two years when I was 7 or so but the piano teacher didn’t like that I always looked at my fingers and played by hard instead of looking at the notes, haha. I read a lot and I loved to write stories and poems. I was a girlscout and enjoyed the singsongs around the campfire very much. Once one of the scout leaders taught me how to play one chord on the guitar and I hardly did anything else than practice every chord I could find in the back of the scout-songbook for the rest of the camp. So I wrote tons of songs and recorded them with my laptop or phone back then, simple one-button sound recording. I started a band at 18. After 5 years of recording 2 albums with my band called JOSH back then and playing live a lot, “White Creatures” and “No Fire in the Sand” finally came out now under the new band name Black Sea Dahu.

You are living in Zurich, right? What are the pros and cons to live there, as a musician? How is the musical atmosphere? Is there any local bands that you may recommend?

Living in zurich is very expensive. Fortunately, there is culture support specifically for recording productions or tour support f.e.. there is a big music scene here and zurich is a beautiful city. Sometimes the scene seems a little tense and arrogant to me. It's relatively small, just like Switzerland itself, and some people like to puff themselves up like sparrows. We have a lot of small underground bands that are absolutely fantastic! F.e. Hanreti, Alois, Haubi Songs, Rio, Mnevis, Long Tall Jefferson, Jon Hood, Sophie Hunger…

How come the idea of the band's name "Black Sea Dahu"?

“Black Sea” is an excerpt from the lyrics of my song White Creatures (White creatures looking after me, oh-ooh, I lost faith in the human I wanted to be, oh open black sea let me in, giant trees give me shelter in that haunted place.) The “Dahu” is a legendary creature well known in France, Switzerland and the north of Italy. It’s a mountain goat-like animal with legs of different sides having differing lengths to fit the mountain's side, it’s hilarious! The name is a combination of genuine inner depths and the joy of silliness, which accidentally pretty much describes two of my main features.

Few months ago, you released a new EP called "No Fire in the Sand". How are the first reactions you receive? Can you please tell us the writing and recording process of the EP?

We get great feedback and many requests for live shows, it couldn't be better. I wrote these songs over the period of 3 years (2014-2017). Some of them took time to finish, others I wrote in a day. Usually I start with just playing random stuff on my guitar, singing on my bike or walking around in the city, singing during work, having a melody in my mind that I subconsciously develop further, singing because I am bored.. I record with my laptop or my phone when the idea requires instant saving. I have collected dozens of song ideas that way, some of them I dig up years after and some of them I don’t. Once I started recording a song on my laptop I usually orchestrated it with background choirs, bass, drums, percussion. I don’t remember showing any songs to the band before I “worked a first couple rounds on it”. The songs already have a certain shape and a certain sound when I bring them to the others.

We recorded in a studio on the island Giske, Norway (Ocean Sound Recordings), 17 days straight. We drove 6 days straight with the car and all the gear through Germany, Denmark, Sweden, Norway….stunning nature. It was nice to take our time to get there, get ready. Gavin flew in from Canada. More about Gavin: He is the guy, who mixed our last EP (Kingdom North) and I’d been wanting to work with him again ever since. He didn’t engage in the preproduction process at all but once we were in the studio, he played his part as a mentor and producer and that really helped us take the songs to a higher level. So we were in Norway, barely any other houses around, literally right at the beach to the cold clear blue ocean. That place was amazing! The equipment, the instruments, the amps, the surroundings, you could sleep upstairs and had your own kitchen, the “staff” was super nice. Getting up in the morning, walking down the stairs right into the recording room, the sun was up (actually never really went down!!!! we worked almost 17h a day), working until you can’t anymore and walk up the stairs to fall into your bed to repeat that on the next day and the following.. heaven!

We recorded every song live on tape. That was definitely a challenge for us, we didn’t know if we could pull that off. We certainly rehearsed for that but we weren’t sure if it would be enough. We surprised ourselves, it felt incredible and so natural, so good. Who cares about small mistakes? It’s music, it’s alive. At least that’s what I think.
For me it was important to capture the mood and emotion of the song, to be real, genuine. I think we accomplished that with every song but for me it was very exhausting sometimes, emotionally. My heart and soul were wide open, I had to expose myself to let those feelings out and into the songs, into the music, the lyrics. And after 10 days of recording straight you just go crazy, naturally! haha. I’m glad we had Gavin, he forced us to take breaks, drive to the village and play dart, crash a wedding (yes, we did! Got thrown out rather aggressive immediately, so rude.).

All in all we were in another world, we were creating something, playing music the whole day long, it was amazing, happy, creative, magical (I don’t like that word but I don’t know how else to describe it..). I can’t talk about the others but I was completely in my element and enjoyed every second even if there were moments when I was so annoyed by Gavin or the others, haha. 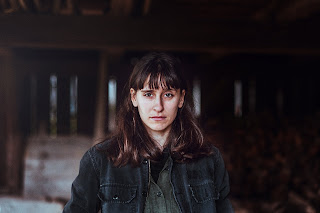 And we liked the EP cover. What is the story behind that?

An amazing artist and good friend of ours, Lara Hauser, painted a picture for every song.

We see that you have a really busy touring program including UK, France and Germany. Is there any  favourite concert city or stage you like to play?

I like old amphitheatres with character where the music has a lot of space and you as a spectator have a good view on the stage, but i also like small living room concert situations. I want to play the De Roma in Antwerp again, this venue is just stunning!

In a parallel universe where you are not making music, what do you think each of you would be doing for a living?

I would be a bicycle courier, my sister would have her own fashion label, my brother would be a forest forester, the pianist would be an electrician, the drummer might be a writer or a bartender and the bassist would be an illustrator or photographer.

If you had to make a mix tape that would describe your musical influences, what tracks would you include?

Oh, so many! And many different styles..Tschaikowsky - Swanlake, Mozart - The Magic Flute, Patrick Watson - je the laisserai des mots, Rio - The Knife, Ben Howard - Only Love, José Gonzales - Crosses, Common - Resurrection… So much from Hip Hop to Indie Folk to Classical Music and Reagge and Singer Songwriter…

What are your plans for near future?

Touring, touring, touring… life is crazy and it’s gonna get even crazier. I hope people actually come out to see us play, I really do.

Which bands / musicians do you listen nowadays?

Is there anything that you are passionate about except music?

Animals, nature, equality, sports, and sewing. But my life is nothing but music right now.