It was an ordinary day on our Dubrovnik trip with Gonca Vuslateri..At an ordinary bookshop, she pulled out a book with a magical touch..“Sjeverozapadni Vjeta” was written on it and there were fabulous illustrations inside. We were so impressed that bought two books without losing time. Just after we came back to Turkey, we were curious about the creator of that dreamy world. After a short research, we discovered that Zdenko Basic, born in 1980, is not only an illustrator, but also a producer, a director and a costume designer in Croatia. We reached him and made an interview as below. .You can see his works on here or here on his facebook page.. Enjoy ! (You can click here to read this interview in Turkish.)

1. We’ve known you by the amazing book “Sjeverozapadni Vjeta” that we found coincidently in the book shop at Dubrovnik. We dont know Croation language but we loved the illustrations..And we wondered how beautiful can be the mind that creates those illustrations…But then we learned that you are not only an illustrator…Also a director, producer, costume designer…You are doing so many things in Croatia…So can you please tell us who is Zdenko Basic , when and howdid he first discover his interest in art, what has he done till now, and is he doing currently?

Let me start bay saying, that I have been working with art as far as I remember, since I experience art as sort of game and playing. So I have been creating worlds, sets and puppets till mine early childhood. Growing up in suburb of Zagreb, playing in forest near by, and searching for woodland creatures from folk tales that mine grandmothers use to tell me.


I finished school for Applied Arts and Design in Zagreb on Graphic department, and later Academy of Fine Art on Animation department. And I am interested in all form of visual arts that is dealing with stories and story telling. I am author of many children magazine illustrations, covers and books, worked as author on three short animated films, worked on several music videos, as author or art director....and I am now preparing my self, and mine project for full motion feature.

2.  Is there any dominant character that gets a place on many of your illustrations?

Actually, I have. I have one puppet that is something like "main actor" in most of mine illustrations. Hi hes one part of me in himself, and one big part of expression that I so love in his eyes and as aform of texture and material, so I am working with him most often.

3. In which countries did you exhibit your illustrations?

I was working and exhibit in Bosina and Hercegovina, Italy, Slovenia, Slovakia and Iran, and published books in England, USA, Germany...

4.In what kind of atmosphere do you create your art? What are your motivators, that are feeding your art’s backyard?

I am working in one small studio in Zagreb; that has a view on trees, I like quietness and solitude atmosphere, since while I work I am quite taken by, and it is hard to reach me in that time...


It is hard to tell for me, what is that thing that keep me going, since sometimes I just have urge to create, and to express stories and atmospheres that are moving throw mine mind and I am just trying to put them out, to capture them as a document of their existence. Sometimes I draw them, or create sculptures in clay or combining objects, and sometimes I just wright stories about them, than I recreate them after. 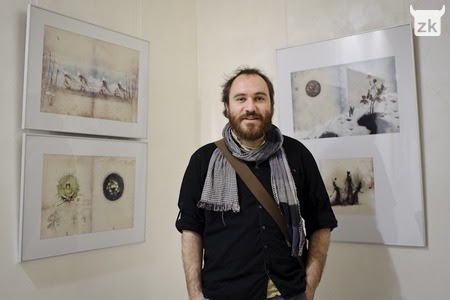 5.How does it feel to be an artist in Croatia? What are the pros and cons?

That is not easy question. The big and usual answer would be : very hard. But i am really trying not to be influenced by politic or general atmosphere in country, but trying to create world of mine own, opportunity for my self, and each work that I start is not influenced or dependent on anything else but mine creative energy and mine will too work. So in that term I don't fell belonging in what country do I work in or where mine or anybody else boundary begins or ends...

6. What are you listening and reading on these days?

In last few days I am listening Sigur Ross, and that is something that back me up while working. Music has a large role in mine world, and I sink deeply in it while working. Usually I listen classical composers as Mozart, Smetana... or contemporary composers as Zbigniew Preisner, film music of Howard Shore, James Newton Howard, Danny Elfman...


And there is several books that i really read all over again; Andersen Snow Qienn, and Baries Peter Pan...

7.Who are the illustrations that you like and recommend?

8. What was the most “shocking” event in the world in last years for you?

I don't remember, I think It was horrible for me when snow melted just after few days after falling, and there was no sing of him since then, but this is no worldly event...

9.What’s your deepest dream that you want it to come true?

10.Do you believe in love? Can you say some words for love?

I believe in freedom, and I think it is most beautiful form of love.

11 Is there anything that you feel regret by doing that?

I regret every moment when I hesitate because of any fear.

12.What are your plans for near future? Whats on your agenda?

To prepare Tales of the wind as feature movie, and then to produce it. There is also one new book that I am working on, "Moon shadows" which is follow up on "Sjeverozapadni vjetar"(Tales of the wind), and new book in steampunk classic series on which I will start working on next month.

13.Have you ever been in Turkey? What do you know about this country?

Actually, I  have been in Turkey on mine honeymoon. Since Croatia has many historic connection with Turkey, I know lots of things from history, but again there is lots of things that would be great to learn more or to see it or to try it, such as Dervish dances...

14.We wish you to see you and your exhibition here in a short time.. Is there anything you want to add?

Thank you, and I am hopping to see you soon. 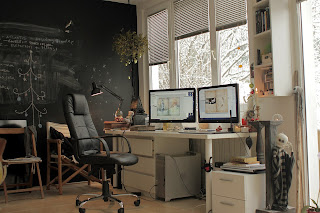