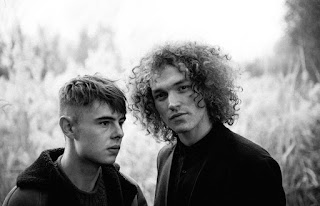 British music duo Seafret will be at Salon IKSV once more on 20th April. We had a chance to chat with Harry before their upcoming concert.

Our last interview with you was in 2017, just before your first Istanbul concert. It was really an amazing gig, i still remember. What do you remember from that concert, city of Istanbul or audience?

We absolutely loved playing our first show there! Things that stick in my mind are the people after the show at the merch desk, there were so many! I stood on the merch desk and took a photograph which I still have here with me. I’ll never forget that. We visited Topkapi Palace and I remember seeing all the fisherman on the bridge side by side.. incredible to see and we cant wait to come back.

Debut album "Tell Me It's Real" was released in 2016. And recently you released "Loving You" single. Can you tell us the story about the upcoming album? When will we able to hear it, with whom are you working with on and lyrics writing process or inspirings?

We are recording the album as we speak and are aiming to have it out before the end of the year. We’ve both been through a lot over the last two years so the inspiration will be drawn from all of those incidences. Can’t wait to share it with you.

You will be playing at Salon IKSV once more on 20th April. Should we expect to hear some new songs at this gig, what can you say about the concert?

Yes, we will be playing new material at the show :)

What are your plans for the near future? What's on your agenda?

We are creating the second album and also have festivals/ shows throughout the year. Our main focus this year is definitely the album.

Which bands/musicians are you listening on these days?

We love a huge range of stuff so this is a hard question, bands like I Monster, Fink, the Shouting Machines, Billy Ellish, Fontaines DC, The Frames are all being played a lot recently.

Is there anything that you are so passionate about except music?

Family is important to us so thats where our hearts lay outside of music.

Thank you so much and a big hug from Istanbul. Is there anything that you want to add for awaiting Turkish fans?

We love you and can’t wait to new back! See you all soon XOX