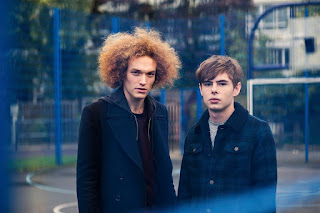 The British duo Seafret, consisting of Jack Sedman on vocals and Harry Draper on guitars, will be at Salon  İKSV on March 1st, as part of  Garanti Jazz Green concerts, for their first performance in Turkey.

We had a chat with Harry Draper, before their upcoming Istanbul concert.

How did you choose the name "Seafret"?

We didn't have a name for quite a while actually. We were just Jack and Harry, but we knew that had to change. We'd had enough of sounding like the local window cleaners...

Seafret was one of the first names that we came up with, it being a play on us growing up by the 'sea' and the 'fret' taken from the guitar.

After saying it a few times and making it sound right in our heads we stuck with it. People seemed to like it so we never looked back!

How did you come together and decide to make music?

We first met at an open mic night that was held in our hometown. It was Jacks first time preforming in front of anyone, and I was there playing banjo in my Dads country band. After hearing Jack sing I was a bit gobsmacked and went straight up to him saying that we should jam sometime. We never thought we'd be lucky enough to do it full time, we just loved to do it!

What are the pros and cons of living in United Kingdoms as an artist?

I think it's great living over here. The music scene is awesome, which is very inspiring. It's also very easy to travel to other country's and get about. It does rain a lot though...

Its been a year since your debut album "Tell Me It's Real" is published. How are the reactions you rereive? How was the recording process?

The reaction has been amazing. Even though it's been a year, we still now get people saying that they've just discovered it and love it. It's an incredible feeling.

The recoding process was over a period of about two years. From writing the songs to finishing them off in the studio. We took our time with it and wanted everything to feel right before we put it out for the world to hear. It was a scary moment to actually say 'that's it, it's done'.

Maisie Williams, "Arya Stark" of Game of Thrones, appeared at the Oceans music video. How was the idea emerged?

We worked on the script with a director called Johnathon Entwistle. When we were all happy with where it was heading he sent the song out to quite a few actors and actresses. We never dreamed that she'd get hold of it, but she did and said yes! Two weeks later we were in set with her somewhere in East London. It was a crazy moment!

Can you tell us the lyrics writing process? What inspires you most?

So many things inspire us. We take everything in, from what happens around us to what happens personally to us. The first album was heavily inspired from moving away from our hometown (a small seaside town called Bridlington in the north of England) to London. This was a massive thing for us. Moving away from loved ones, friends and family, it took a while to adjust. Also moving away from the sea. I guess you take it for granted when it's right on your doorstep.

Your last single "Blank You Out" was published on November..Is there any new album plans?

We are very much in what we call 'writing mode' at the moment. Everyday we are working on new song ideas and concepts. We have no solid plans for another album just yet, but new music will be coming very soon! 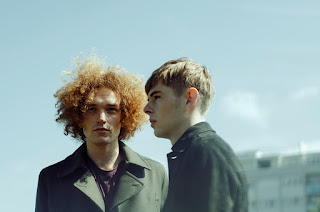 You will play at Salon İKSV, on March 1st. It will be your first show in Istanbul. How do you feel about this concert? Do you know anything about the city or music scene in Turkey?

We can't wait! It's always incredible playing in different parts of the world, and even more so if you've never been there before. We don't know anything about the music scene in Turkey, but we're very excited to get involved in it and take it all in!

We listen to such a diverse selection of music. Recently I've really been enjoying the new Amber Run songs. Also songs from Angel Olsen and Damien Rice have stood out! We're constantly searching and listening to new music. There's so much of it out there!

What are you plans for the near future? Whats on your agenda?

We're getting ready to do quite a lot of touring later this year, along with festivals in the summer and writing album two in between. It's going to be a busy year!

- World would be so 'soulless' without music.
- I would be a 'scientist' if i was not a singer.
- If i found a new band, i'd name it 'Wolfpack'
- sometimes i find myself singing while i 'walk down the street, people probably think I'm crazy '
- i 'play music' to cheer up.

Thanks for your answers. Is there anything you want to add for your awaiting Turkish listeners?

Thank you! We can't wait to head over, meet you all and play music for you guys. Roll on 1st March!