AN INTERVIEW WITH RIFF COHEN 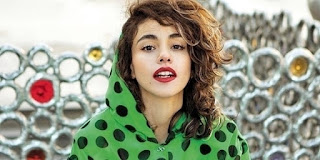 With her first album "Paris", she reached a large audience in Turkey, most of her concerts are sold-out.

Many songs of her, adapted into Turkish.

We had an interview with Riff Cohen, before her upcoming İstanbul concert at Salon İKSV on 18th-19th of April.

You've grown in Tel Aviv, before you moved to Paris. How was it like to be a child in Tel Aviv, how did you feel on your first days of Paris? How did you decide to make music?

I decided to make music in Tel Aviv of course. When i was very young, it was already clear for my parents. I went to arts school, took lessons of music, theatre, dance etc. When i was 24. I decided to make an album. It took me a lot of time to do that. At 25 i went to Paris to check out the industry of music there. my family in France was not in Paris but in Nice. So i was alone in Paris, and Paris was a very different place for me in the beginning. It’s a hard place to reach new frirends because there were a lot of close groups. The difference between Tel Aviv and Paris is that Tel Aviv is really very open socially, you can easily find new friends. People talk with each other easily, eat together, even if they’re from different classes –though we dont have much classes like rich and poor or something like that- so everybody eats the “humus” in the end together.

You sing in languages such as Hebrew, Arabic and Nubian. You know, they are not the "mainstream" languages and could be harder for the others to listen to. Did you hesitate to do so, at the beginning?

I hesitated actually to sing different languages in the same album. Because i never heard that before so much, but today i think there is no rules. The person that really gave me the “gushpanka” that its possible and there is no rules today is Yael Naim, Israeli great singer that made an album also in France that 70 percent of it was in Hebrew. So then i understood that its not an issue today anymore. And also i’m not American, and i’m not only French so this is a part of me and its a part of the first album.

You performed as an opening act for the Red Hot Chili Peppers' I'm With You World Tour. What kind of experience was it?

It was amazing actually. The energy of singing in front of 50.000 people ; seeing no ending people from the stage..,All the moves when you sing and all the words..everything becomes so big and huge and i felt so good with this. It’s a kind of energy that actually hard to find in other stages. And more people, more the energy become bigger and i felt great. And also to me, members of RHCP were amazing because i think they are 50 or 60 years old and they are still so young and so thirsty to hear new music and then you understand that for the musician there is no age; its like in the blood and it was very inspiring for me..So i was very happy from that experience. 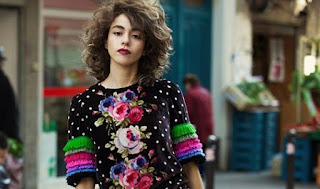 You appeared as "Efrat" in the film "A Bottle in a Gaza Sea" in 2011. What's the story behind it? Will it be any movie project in the near future?

I did a lot of movies mostly because i wanted to see and have a lot of experience in this industry as an actor and also as a director. I wanted to see how it works.

You've played in Istanbul many times before. Turkish listeners really love you and your energy on the stage much. Your songs are one of the most listened ones among the young Turkish listeners. Is it weird for you, why do you think is it so? What do you think about the music scene of Turkey? Do you know any Turkish songs or bands?

I really like Taksim Trio, 70s Turkish music and the rock style.The first time i saw whats going on was by the film of Fatih Akın’s “Crossing the Bridge”. Anyway, i was very surprised at the first time, because i didnt know whats going on in Turkey. And it looked very similar to Tel Aviv because in Turkey it looks like the different cultures are together, East and West, together. After that, i wasnt so surprised that Turkish people understand this kind of humour. And they understand my video clips and my music. Becaıse i’m from mediterranean and i’m performing also in Europe, my music also has roots from east and west. So i think there is a lot of common things between us. I’m really happy about whats happening for me in Turkey. Its actually a lot of love and its amazing for me to have this reaction and understanding and i appreciate it a lot. I really hope it will continue and you will like also my new songs.

People are hardly feel safe all around the world, due to recent terror attacks. I think music is one of the best ways that make people unite through love and peace. What do you think about it?

I think “culture” is the thing which help people to communicate.. human things such as our daily life, the things makes us happy, the things makes us laugh and the things we eat..the daily simple things..i think we can love each other by this kinds of simple things..ıts very important to develop this kind of relationships between us. Especially in the mediterrenean culture and middle east, its very important to develop such close relationships.

Do you have any favourite concert city or hall?

In Turkey? No. I really like Istanbul also and to travel to places less known. I like to take boat to see the birds and this kind of Turkish experience. And the food of course.

Is there any song you particularly love to play live on stage?

Hard to say..I think the song “Que Du Bonheur” i really like to play live on stage.

I try to record songs live also. But there are some songs like “Jean qui rit Jean qui pleure”   that i prefer to record that i feel much easier to express myself in little details, that i cannot do while i’m playing live . I quite feel very good with all the live music i have because i prefer live style.

It's almost 2 years past since your last album "A La Menthe". Will we able to hear new songs soon?

It’s really 2 years, vow! So fast..I have new songs and also very old songs and hope to get them out as soon as possible.

What are your plans for the near future? Whats on your agenda?

I have concerts in Europe..I have this Turkey tour..And also Hungary, Israel, Holland..Also i have very simple things in the agenda like going to do dentist..to look for some things for house..and more for children..

- World would be so sad without music.
- I would be a designer if i wouldnt be a singer. (or technical mixer, video clip director, make up artist, photographer…but something creative anyway)
- sometimes i find myself singing while i ‘m cleaning.
- i ‘m doing a bath / watch movie on the bed to cheer up.

Thanks for answers. Is there anything you want to add for your awaiting Turkish listeners?

Really hope to get my new songs out soon..I really am happy and waiting for Turkey tour. I’m preparing with new rehearsals etc. Goodbye and thank you very much, see you very soon!