"BABYLON GIG WILL BE THE FIRST, WHERE WE GONNA PLAY THE NEW SONGS" / KID FRANCESCOLI INTERVIEW

Mathieu Hocine's electronic pop project Kid Francescoli will perform their first performance in Istanbul on this Friday night, at Babylon!

We had a great interview with Hocine and learned that new Kid Francescoli album is on the way! Yesterday, they've shared a song "The Player" from the album which you can listen at the end of this interview. Moreover, Babylon stage will be the place that some of these new songs will be played for the first time!

See you all on Friday night.

How did you choose the name "Kid Francescoli"?

It comes from the name of a football player that played for Marseille in the 90s, Enzo Francescoli. There was a lot of fantastic players at that time, but he had something more, very special. The way he was caressing the ball and moving in the field made him a real artist for me.

It's been more than 10 years since your first album. How do you think you amd your music changed through this time?

It just followed my influences through time. During the recording of my first album i was basically listening to indie rock and trip-hop on CDs only. Then internet and this huge amount of music came to me an i’ve tried to open my ears as much as possible.

What are the pros and cons of living in Marseilles as an artist?

It’s a nice city to live in, we have the sea, a blue sky most of the time. I find it very inspiring. Plus it’s not so expensive so we can afford to work in a studio in the city center, which is priceless.

On the other hand the music opportunities are far from cities like london or new york but for the last 5 years we improved a lot, so i guess i can’t complain. 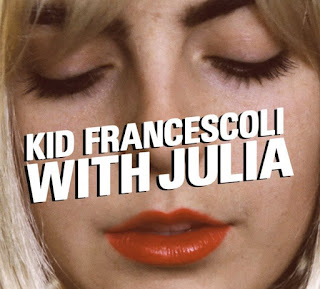 Your last album "With Julia" is a kind of masterpeace. All songs are really impressive, it makes listener want to dance with all those minimal/electronic lovely melodies. We know that it's a result and soundtrack of real-life love story. Can you tell the story behind the album?

Thank you. I met julia in new york a few years ago during a very exciting summer. We started to make music together, then date, then we broke up and stop seeing each other. But we still had the songs that we began to work on, so we get back in touch via music to finish to record them and some more to make this album about it.

Is there any new album plans? When will we hear new songs from you?

We’ve just finished a new one called « Play Me Again » that will be released in march. And the babylon gig will be the first where we gonna play the new songs so we’re really excited about it!

Can you tell the lyrics writing process? What really inspires you?

Our personal lives and advice and way we feel things and live situations. I think all of the songs begin by I, my or you… We spend a lot of time with julia talking and debating about life and people and words so the lyrics are the result of it. As an american, her english is obviously perfect and very poetic and she wrote most of the lyrics on this album. Songwriting is also a good way to liberate feelings.

You will play at Babylon, on 20th January. It will be your first show in Istanbul. How do you feel about this concert? Do you know anything about the city or music scene in Turkey?

i’ve visited istanbul a few years ago and i had a very good feeling about the city, very cool and exciting at night. I left hoping that i would play here someday so i really can’t wait for it. 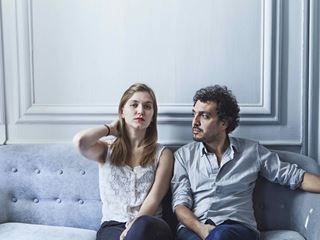 People are hardly feel secure all around the world, due to recent terror attacks. I think music is one of the best ways that make people unite through love and peace. What do you think about it?

Yes i think if there is one little thing that we could do about it is to keep on playing music. I know it’s not much but music also has this capacity of taking you elsewhere so if we can do it to people we definitely have to keep on playing.

Is there any song you particularly love to play live on stage?

I love to see happiness and emotion in the eyes of people, it makes me feel so proud and happy myself, so i would say the more famous, blow up and prince vince.

What are you plans for the near future? Whats on your agenda?

Releasing the album in march then touring the more and more far possible.

- World would be so tough without music.

- If i'd found a new band, i'd name it the francescolis

- sometimes i find myself singing while i’m on stage ;)

14. Thanks for your answers. Is there anything you want to add for your awaiting Turkish listeners?

Can’t wait to see you guys as well!