AN INTERVIEW: FACES ON TV 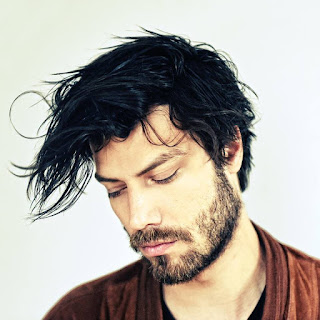 Faces on TV, trippop band from Belgium, will be at Zorlu PSM Studio stage for their first Istanbul gig, on 24th May. (Find tickets here)

We talked about upcoming album, concert, and more with Jasper Maekelberg, frontman of the band.

First of all, you will be at Zorlu PSM the 24th of May, and it will be your first gig in Istanbul. How do you feel about it?

I’m very excited to finally play in Turkey. On Spotify you can see which cities listen to your music the most and Istanbul is number 1…

Amazing that our music reaches your country. So I’m really looking forward to finally play here! Very curious about the original 'Kumpir' too.

Do you know anything about Turkey, or Turkish culture?

I’ve visited Turkey 2 years ago and I was blown away by the richness of the culture and history. We made a trip along the South Coast and came across some beautiful landscapes and very nice people. We even liked it so much that we got lost in Istanbul, missed our plane and had to stay another night.

You live in Belgium. How is the music scene there? What are the pros and cons?

Belgium, or Flanders (the northern part of the country) is actually very small. Practically everyone in the music scene knows eachother. So there’s a very interesting pollination going on. The music scene in Belgium also has this nice 'I don’t care what you think, I’m just doing my thing'-kinda attitude which I can really relate to. 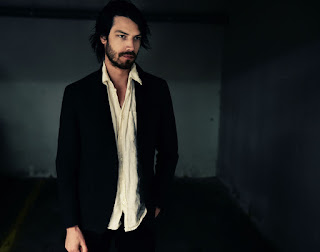 You released a single called 'The Image of Boy Wonder'. When will we get the full album? What’s the name of it?

The full album will be released the 20th of April. It’s called 'Night Funeral'. But stay tuned 'cause I’ll be releasing some new songs any time soon.

Can you tell us more about the writing process?

The whole album is written while I was on tour with Warhaus, as their guitar player. Most of it was done in a camper.

The changing of the scenery everyday has had a big influence on the album. Listening to the album is kind of like reading my diary from the past year.

We know that you record everything all by yourself in the studio. How is it possible? Isn’t it tiring?

Very tiring :-). But I wouldn’t want it any other way. Also, nobody would be able to cope with the variety of far-fetched ideas in my head. Very tiring indeed.

Which bands/musicians are you listening to these days?

While I was visiting Turkey I saw a performance of an oud player. I was amazed. So I decided to buy one and learn to play it for this album (I can already play 7 notes). So a bit of oud music in my playlist is a constant. Also I just discovered the Afro Discoteca EP from Allessandro Allessandroni. Amazing.

Is there anything that you are very passionate about except music?

Birdwatching. I got a book from my au pair with the rarest birds in Belgium. Since then I’ve developed the habit of locking myself up in a treehouse once a month with my binoculars.

What are your plans for the near future?

I’m releasing my debut album on the 20th of April followed by our first tour. I’m very excited to play these new songs live. Meanwhile I’m producing the new record of Balthazar.

Thanks for the answers. Is there anything you want to add for your awaiting Turkish listeners?

Hope to see you all at our show, the 24th of May in Istanbul!