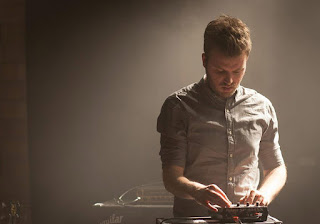 Pieter, we know that you have an electronic music project with Mathieu Gendreau called "Plastic Operator". So, can you tell us how did the idea of "Marble Sounds" come out, and how did you get together?

Will we hear some new songs from Plastic Operator?

No, for the moment there aren’t new Plastic Operator songs as I’m focusing on Marble Sounds.

How did you choose the band's name "Marble Sounds”?

It's usually described as "melancholic indie rock", how can you name your music?

I think it’s a good description. There’s definitely melancholy in our sound, without being too depressing.

Your new album "Tautou" will come out soon, what does "Tautou" mean?

Tautou comes from Audrey Tautou, she’s a French actress. She’s most famous for her role as Amélie Poulain. I’m not sure her movies are known in Turkey. But I liked the sound of her name too so it doesn’t really matter if you know her or not.

We already have the first single "The Ins and Outs" from the album. What's the first reactions that you receive, what kind of songs are waiting for us?

There’s a bit of a shift from the previous albums. The first two were more pop/rock oriented, and this one is more cinematic. Someone described it as being a musicians’ album instead of a band’s album, which I agree with. This time I wrote all the songs on piano instead of guitar.

Where is your favourite concert city and venue?

We played in many nice venues in Belgium and The Netherlands. If you want me to mention I’ll go for Handelsbeurs in Ghent. We played there twice at a festival and recorded the video of “Photographs” in that venue. I hope to play there again this summer.

You've also contributed to Chapter Music's, a tribute album to Kath Bloom, with the song Came Here and collaborated with international artists such as Devendra Banhart, The Dodos, Bill Callahan and Mark Kozelek. How did you involve in this project and what's on your agenda for near future?

I had recorded the Kath Bloom track “Come Here” as a Valentine’s present for my wife. After a while I decided to put it online and contacted Kath Bloom’s label about it, just for fun. The label manager loved the track and asked if he could put it on a tribute cd. That was a complete coincidence. Little did I know they were compiling a compilation cd back then. 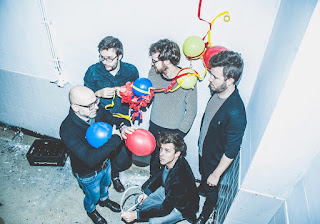 You will perform at Salon, just the day after your new album release, on 16th February. Is that the first time in Istanbul? How do you feel about the concert?

Gianni, our guitarist, has been in Turkey many years ago. I haven’t been there though. It looks like a fabulous city. We’re staying the day after the show to discover the city. Can’t wait!

Do you know anything about Turkey and Turkish music?

No unfortunately not! As a kid I’ve watched a lot of Eurovision Song Contests though!

What is the first thing that comes to your mind when you hear these words:

Thanks for your answers. Anything you want to add for your awaiting Turkish listeners?

We’re playing only one show in Istanbul this year, so we hope our fans can make it!